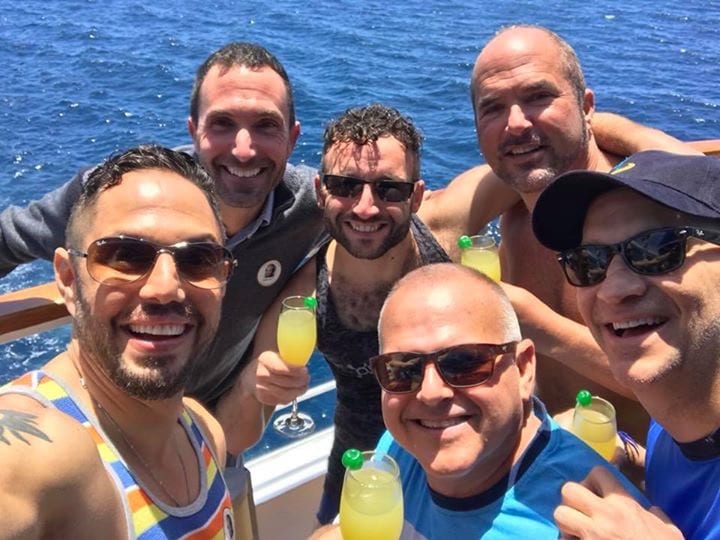 This guest post was written by filmmaker Dan Karslake.

I had just finished speaking at a Miami Beach fundraiser for my second film, EVERY THREE SECONDS, when Craig approached me and said, “I really loved what you just said about ‘the amazing potential in each of us to change the world!’ I think this movie you’re making sounds incredible, and it aligns powerfully with the mission of our travel company, Source Journeys, so I’m wondering if you’d be interested in coming on our cruise through the Panama Canal next week to talk about it.”

My first thoughts were, “Is this guy for real?” And “Can he possibly be serious!”

Well, he WAS serious, and incredibly, about ten days later, I boarded an unbelievably beautiful Source Journeys yacht in Costa Rica for the journey through the Canal. On that first trip, I gave a “Source Talk” on board about my work as a documentary filmmaker, and my strong belief that in each of us lies the power to make huge positive change in the world.

So many things about Source Journeys profoundly impressed me during that first journey. First, I absolutely loved that the owners, Craig & Rafi, were so focused on connecting their travelers with the causes about which they were passionate. They have a dream that their company will bring travelers closer to their “source”…their essence…their soul.  I love that.

Also, the group of travelers on that first Canal cruise very quickly started to feel like a family. Many had travelled together on other Source Journeys trips, and the newbies were all warmly welcomed very quickly into the fold. Amazing! The family vibe on their excursions is super strong.

After I completed EVERY THREE SECONDS, I decided to make a follow up to my first film, FOR THE BIBLE TELLS ME SO, which had celebrated its premiere at Sundance in 2007.  It was now 2015 and marriage equality had just become the law of the land, but as a result, the right was striking back hard, so it felt like the right time to continue the conversation about religion, sexual orientation, and gender identity in a new film.

Once again, Craig & Rafi came to the rescue.  Over the next couple of years, they invited me to give a Source Talk on four more Source Journeys cruises (INSERT THE CORRECT NAMES OF THE JOURNEYS HERE! Lisbon to Barcelona, Rome to Cannes, Venice/Croatia & Tahiti) and at the end of each of those talks, they allowed me to make a soft fund-raising pitch for the film…and travelers really stepped up!

The new film, which is called FOR THEY KNOW NOT WHAT THEY DO, had its world premiere in the 2019 Tribeca Film Festival in New York and went on to win a large number of audience awards and jury prizes in film festivals all over the world.

A big reason the movie got made is that so many members of the Source Journeys family really stepped up and made donations to help us complete it, and for that, I will be forever grateful.  Joseph Broom, a dear friend whom I met on one of those cruises, became an associate producer of the movie raising a big chunk of money himself, and because of their incredible generosity, Source Journeys is credited as a producer as well.

What a great feeling it was at the premiere of the film in New York to sit in the audience with Joseph, Craig and Rafi and read the names of so many generous Source Journeys travelers in the end credits of the film.

It is no exaggeration to say that we couldn’t have made the film without them.  Talk about “doing well by doing good!” 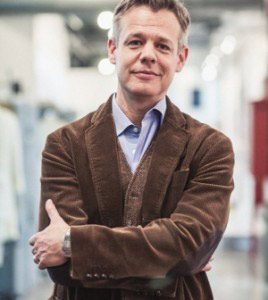 Daniel Karslake is an award-winning American director and producer, whose highly acclaimed work deals with social justice issues, both domestically and internationally. His current project, For We Know Not What We Do, is a follow-up to his award-winning feature, For the Bible Tells Me So, and will examine the use of both the Holy Bible and the U.S. Constitution as a means to discriminate against LGBT Americans under the guise of “religious freedom.”

Karslake’s most recent film, Every Three Seconds, examines compelling and accessible solutions to extreme poverty and hunger around the globe. It challenges viewers to question why, when we have all the solutions we need, we are not acting more rigorously to end poverty and hunger. Karslake began work on Every Three Seconds in the fall of 2008 as a visiting scholar at Stanford University.

Prior to Every Three Seconds, Karslake directed and produced the aforementioned For the Bible Tells Me So, a feature documentary about the intersection of religion and homosexuality in America. For the Bible Tells Me So premiered in the American Documentary Competition at the 2007 Sundance Film Festival and was short-listed for a 2008 Academy Award. In addition, it won nine “best documentary” audience awards at major film festivals around the world, has been translated into 22 languages, and it has been recognized by Entertainment Weekly magazine as one of five documentary films that has changed the world.

Prior to his film work, Karslake was a producer of the long-running news magazine, In the Life, which aired on PBS in over 140 markets across the nation. In recognition of his work, Karslake received an Emmy nomination from the Academy of Television Arts and Sciences.

Karslake is the founding president of DK Works, a production company dedicated to creating high quality, thought-provoking theater, television and film. He received his B.A. in public policy from Duke University.

We use cookies on our website to give you the most relevant experience by remembering your preferences and repeat visits. By clicking “Accept”, you consent to the use of ALL the cookies.
Do not sell my personal information.
Cookie SettingsAccept
Manage consent

This website uses cookies to improve your experience while you navigate through the website. Out of these, the cookies that are categorized as necessary are stored on your browser as they are essential for the working of basic functionalities of the website. We also use third-party cookies that help us analyze and understand how you use this website. These cookies will be stored in your browser only with your consent. You also have the option to opt-out of these cookies. But opting out of some of these cookies may affect your browsing experience.
Necessary Always Enabled
Necessary cookies are absolutely essential for the website to function properly. These cookies ensure basic functionalities and security features of the website, anonymously.
Functional
Functional cookies help to perform certain functionalities like sharing the content of the website on social media platforms, collect feedbacks, and other third-party features.
Performance
Performance cookies are used to understand and analyze the key performance indexes of the website which helps in delivering a better user experience for the visitors.
Analytics
Analytical cookies are used to understand how visitors interact with the website. These cookies help provide information on metrics the number of visitors, bounce rate, traffic source, etc.
Advertisement
Advertisement cookies are used to provide visitors with relevant ads and marketing campaigns. These cookies track visitors across websites and collect information to provide customized ads.
Others
Other uncategorized cookies are those that are being analyzed and have not been classified into a category as yet.
SAVE & ACCEPT